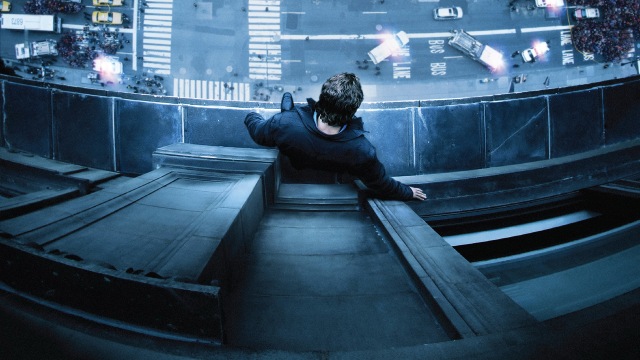 Nick Cassidy (Sam Worthington) is an ex-cop turned fugitive, who has checked himself into a hotel to seemingly end his life. He stands on the ledge, outside his hotel room window until Lydia Mercer is requested on his behalf to try talk him down. As time passes it becomes evident that there is more to Nick Cassidy’s actions than assumed. He tries to resurrect his life rather than end it.

Its premise is very interesting and set the film up for an engaging and entertaining hour and a bit. It wasn’t the best film, nor was it the worst, but what it did offer was a reason to stay glued to the screen. At first your not sure who your meant to root for but as the film progresses you really care for the main character Nick Cassidy (Sam Worthington), and that’s what makes the film so entertaining. Despite that, the film didn’t really take advantage of it and instead some parts seemed very lazy and half assed. Although there were very few, those moments ended up being the most important, especially the final scenes.

Overall an awesome build up but very rushed ending. Sam Worthington and the actors cast as the police force, Anthony Mackie, Edward Burns, Elizabeth Banks, Titus Welliver and Co were pretty solid. The only problem I had was the relationship between Jamie Bell and Genesis Rodriguez, individually they were good but they just didn’t have any chemistry together. Their scenes, intentionally comedic, felt quite flat and ultimately unreal. Still a solid film, but not solid enough to be amazing.