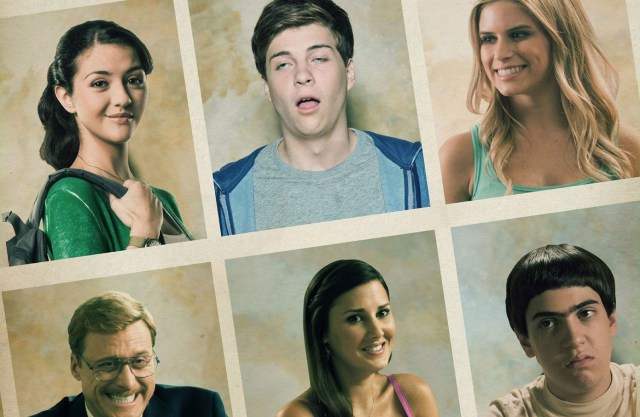 Premature may look like your average teen gross out comedy judging from the unknown cast and budget production, and you would be right to assume that but it doesn’t matter because aren’t the point of comedy films to entertain you and make you laugh? Rob Crabbe (John Karna) is a normal teen coming to the end of high school, but just like any male teen he has fantasies, fantasies causing him to wake up with slimy boxers and an awkward mother telling him to put his own sheets in the wash after walking in on him. What Rob soon finds out is that whenever he releases his special sauce during the day, he lands right back in bed in the same awkward situation as before. Some would find it a burden but eventually Rob embraces it, which could potentially break him out of the “curse”.

I’ve seen enough of these B-movie comedies to know not to take them too seriously, or expect a lot out of them, but something about Premature sets it apart from the others. For one the premise is quite fun, it’s already been branded as Groundhog Day meets American Pie, and I’d say that seems quite accurate. It has the exact same format as Groundhog Day but takes a more gross out, cheap laugh root towards its comedy. That being said the jokes try not to be cheesy or overdone, and that’s probably down to the comedic timing and likability of the cast.

There’s something about Craig Roberts that makes me laugh, it could be his stone cold facial expressions, the fact I can’t help thinking he would look good in glasses or his hilarious delivery, whatever it is it makes me want to see more from him. Improv or not he has some hilariously memorable quotes. An example “It’s a scientific fact that your blood pressure drops when you orgasm, it’s like your balls are shooting yoga through your veins”, classic. He’s already starred in recent hits such as 22 Jump Street and Neighbors, so he must be doing something right. Alan Tudyk also makes a memorable appearance as a college admissions officer who happens to be a widower. I know it shouldn’t be funny but Tudyk somehow makes it funny, big fan of his after his appearance in Transformers 3. Also look out for Adam Riegler who looks as though he was pulled out from a Nickelodeon sit com, definitely a highlight of the film. As for John Karna, he is one of the few unknown leads, in these kind of films, that actually look promising for the future. He may not have done anything groundbreaking but at least I wasn’t trying to pretend he could act which is usually the case for these films, and he made me laugh multiple times which is the goal right?

If the film ever reaches your cinemas, I wouldn’t tell you to go spending money on a ticket, but I would tell you that if you’re like me and find it hard looking for new comedies to watch due to watching them all already, then this is a perfectly fun film for your weekend screen fix.