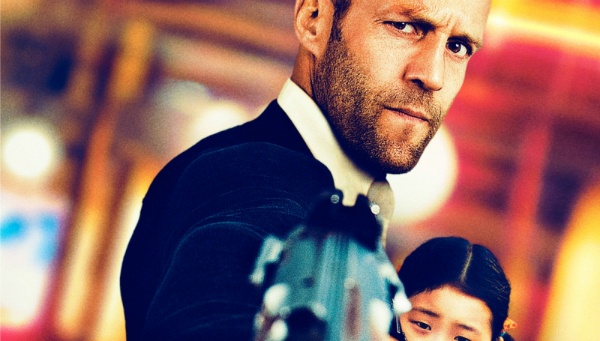 Luke Wright is an ex cop, living life as a cage fighter making his money from fixing matches so that his “employers” can make money off bets. One day during a rigged fight, he accidentally knocks out his opponent causing his Russian Mafia employers to make an example of his mistake by killing his family. They let him know that he will never live a free life again, being watched during the rest of his life. Luke drifts around New York with no path and considering giving everything up until he see’s a young Chinese girl being harassed by the same men that killed his family. He takes action and attempts to save the girl which saved him.

I’m glad Jason Statham has had a good run of good films, because I was starting to get worried he was picking films for the sake of being in them. 13 and The Mechanic to name a couple. But his judgement is slowly looking up with the successes of The Expendables 2 and this film Safe. It was really refreshing seeing Statham pick a script with a bit more substance. He plays a character with more of a complex, he has a past which he isn’t proud of, and has tried to get away from it by becoming a part of the Russian Mafia’s dishonest path for income. Of course once he makes an honest mistake, the Russian Mafia punish him in the most extreme way, sending him into a suicidal state. Definitely one his most interesting characters, and he pulls it off with ease showing his true acting abilities. I think people praise him too much for his ability to add action to a film with full affect, and forget that he’s a pretty good actor as well

The plot is a bit complicated and maybe seems quite implausible but it doesn’t reach the level of stupidity which makes it instantly bad. It’s an interesting premise and the chaos around it makes it even more entertaining. Obviously it wouldn’t be a Jason Statham without the action, and there’s no need to comment on it because he never fails to deliver in that aspect of films. One of the more surprising films of the year, and a perfect film if your looking for brutal action with a decent story to go along with it