Verdict: I would buy my ticket today if I could!

Wow-zers that was a great trailer, now one month off its release I don’t think I’ve ever been so excited for a marvel film. Was I excited for Captain America: The Winter Soldier? yes, but Guardians of the Galaxy is new territory for Marvel which makes it all that more intriguing. A lot of people have been saying it’s their riskiest film yet and I’d agree but I still think it’s going to make the big bucks. Not only because Marvel films have been killing it ever since The Avengers but because the marketing for this film has been incredibly smart. What makes this film risky is that no one is familiar with the characters, it’s Marvels first property since 2011 that isn’t a sequal. In terms of trailers they’ve done the smart thing in building up from telling us who the characters are to giving us an insight of the plot and the world that they live in.

The first trailer shows the Guardians lined up in a prison booking room where we are introduced to each of them and given background information about who they are. In a way it’s as if they’re previewing the roster just like a football match, and the ultimate effect is to arouse excitement. With this trailer we’re already going in having established who the characters are and what tone the film will take, and we leave with a better understanding of why they exist, the world they’re attempting to save and the villains they will come across, and it’s absolutely awesome. The set and costume design looks incredible, the CGI looks top notch and the characters look badass. In terms of tone it’s not something we’re unfamiliar with, and I get the feeling that we’ll be getting a film with a perfect balance of comedy and action as opposed to Thor: The Dark World which was inconsistent. Originally I was afraid of this approach as it could grow tiresome having seen it before in previous Marvel films. But having James Gunn involved, director of films like Super and Slither, it gives me a lot of hope for this film, as he obviously knows how to balance out the dark with the light, but more importantly he seems to know how to make a fun film. Having Chris Pratt as our lead is also a reason to feel positive about Guardians as he is killing it at the moment and as a fan of Parks and Recreation I couldn’t be happier for him. Overall we could be in for a great popcorn flick to come off a more politically thrilling Captain America film. On the other hand this could be a film that we’ve seen before and may be the first of the Marvel properties to not completely win the hearts of the public. 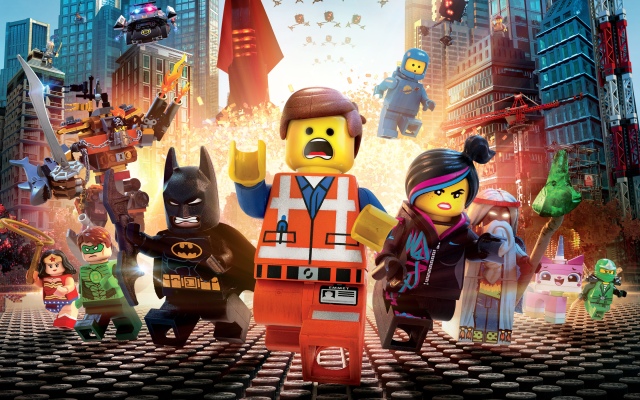 Emmet is your average construction worker living life by the rules, always sticking to the instructions enforced by president Business. What Emmet isn’t aware of is that his mind is capable of so much more than conforming with everyone around him, and that he has the potential to be just as special as the people he looks up to. Unaware of the coming onslaught of President Business and his Kragal, Emmet finds the “piece of resistance”, the key to saving the universe they live in.

Coming from the directors of “Cloudy with a Chance of Meatballs” and the “21 Jump Street” franchise, The Lego Movie clearly have Phil Lord and Christopher Miller’s footprints embedded into it, from the quirky humor to the larger than life action sequences. Finally a film utilizing it’s ensemble cast to its full potential. Up and comer Chris Pratt is the highlight of the film, voice acting as Emmet, and for anyone who’s a fan of “Parks and Recreation”, will be pleasantly treated to a character with hints of Andy written all over it. We are also treated to the likes of Elizabeth Banks, Will Arnett, Nick Offerman, Charlie Day, Alison Brie, Morgan Freeman and Will Ferrell, and other big name cameo’s on top of that. The cast may be large but they all have their moments providing laughs for both adults and kids.

The major highlight of this film has to be the animation which has reached new grounds making each piece of Lego look real enough to grab from the screen. As Lego should be, the aesthetics are colourfully glossy with no limits to imagination. The way the pieces move and assemble is masterfully animated, taking the old timers back to their childhoods and entertaining the kids, possibly giving them ideas for their next big creation. That is where this film succeeds, the Lego really are the stars of the film. Exuding a sense of nostalgia for the older audiences while creating an atmosphere of fun for everyone else.

Both Lord and Miller acknowledged that their first effort in film lacked heart and a true connection between audience and character, although Cloudy with a Chance of Meatballs was a success for its humor, this time around they’ve successfully found the best of both worlds. What I like about this film is that they never forget what Lego is all about and what it represents and in a way it’s a homage to the toy itself. President Business (Will Ferrell) is the bad guy, enforcing rules and instructions on the public with the ultimate goal of making things permanent. The film illustrates the endless possibility of Lego and encourages imagination and individualism going beyond the instructions you’re given, despite it being based on Lego, it goes for all things in life and that’s as big a connection you can make with an audience.

On top of the messages, what makes this film one of the best of the year, are the little details representing the nuances of playing with Lego, making it so relatable and real. for example the odd manual sound effects as a detachable building floor flies away, or the use of everyday household objects as toys, clueless to what they’re actually for. It’s a definite must watch film of 2014, and has Academy Award nomination written all over it. 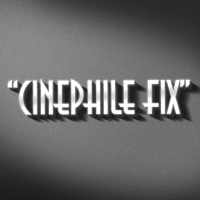