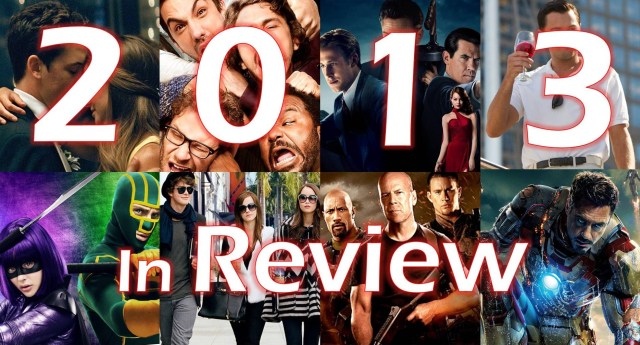 Since I’m still waiting to see the likes of American Hustle, The Wolf of Wall Street, Lone Survivor, etc. Basically all the films that came out in December last year, I can’t make a legit top ten list because I know that some of those will be awesome. Of course those films may house a few more favourite moments for me but I can always add to the list. This is purely off the top of my head moments that stayed with me throughout the year.

I think I liked the skinny Joseph Gordan-Levitt better; this one scares me a bit. Every time that Mac startup sound would come on, we knew instantly to associate it with his “me time”. What would follow were scenes of porn stars getting it on and narration which gradually consists of denial. At first his train of thought is incredibly true to men and their expectations of women because of adult films, which for men would be a relatable thing to laugh about. As the film progresses and he becomes more aware of his overindulgence, the denial in his narration is quite genuine to addiction as he tries to justify his actions. It’s both funny and spot on. Honorable mention to Scarlett Johansson, just when I thought she couldn’t get any sexier.

Why is this one of my favourite moments in film? Because I find nothing funnier than sperm humor, I don’t know why I find it funny but I do. I was having a think about James Franco before seeing this film in the cinema and was wondering why there’s so much hype around him, yes he’s a sexy guy but he’s only starred in a few critically acclaimed films. After seeing him partake in a jerk off gesture battle with Danny McBride, I now understand why he’s awesome. “I will fucking come right on you! I will cum like a fucking mad man all over you McBride!”

Having not seen the trailer for this film before watching it, I had gone in expecting 127 Hours but in space. Of course I left having experienced more thrills than I was expecting and it was awesome. That first scene where Bullock’s spaceship gets destroyed by debris was probably the most thrilling scene I had seen of the year. The realism in silence and zero gravity made for an edge of the seat opening with only the intense score and hard breaths of Bullock to be heard. From then on I knew it was going to be special and daym it was.

2013 housed some of the best villainous quotes I’ve ever heard, therefore resulting in me reciting them whenever the opportunity arises. Michael Shannon went for intensity after his character General Zod was sentenced to a black hole for the murder of members of Krypton’s council and Jor-El.  Before being imprisoned in space, Zod makes his revenge plot very clear repeating that he will find Cal-El (Clarke), eventually letting out the most epic “I will find him!”; so good. Benedict Cumberbatch takes two of the most memorable quotes this year. One being from Star Trek: Into Darkness and the other from The Hobbit: The Desolation of Smaug. Once escaping the Enterprise, Khan (Cumberbatch) negotiates a way to get his family back but in the most badass way possible leaving no leverage for Spock to play with. After telling Spock that he will walk over his dead corpse to retrieve his family he asks quite ominously “now shall we begin?” sends shivers down my spine. Lastly during one of the best cliffhangers of the year but ultimately most annoying endings to a film, an angered Smaug looks to make a point. As he flies towards Lake-Town with the intentions of destroying it and its people, Smaug growls “I am fire. I am death!” with no remorse; C’mon! Can’t end there.

Ryan Gosling sticking his hand in his mother’s womb (on screen).

Initially I thought “wtf”, actually during most of the film I was thinking that, but watching it again most of it made sense. After getting some perspective about the themes and what the film is ultimately about it became one of those most disappointing films turned surprisingly good films of 2013. Of course some of it is gratuitous but this scene seemed too deliberate to be meaningless. In the end I came across a comment about it and it made so much sense. Her womb was the only place Gosling’s character ever felt his mothers warmth, paraphrasing but that’s what the comment said. That perspective gave so much meaning to the scene, and what was originally kind of icky turned beautifully deep.

Emma Watson and her sexy tongue.

My main problem with The Bling Ring was that it didn’t have a clear message, especially when it seemed like a great opportunity to have one. All it did was tell these kids story in an honest fashion, but then I realized maybe that’s what the purpose of the film was. It lets us judge them for ourselves; we can either blame their materialism or the society they live in which encourages it. To make a film which judges them would not be fair but would also feel preachy especially when none of us really know them as people. I enjoyed the film but it didn’t do much for me emotionally. Nevertheless we get to see my celebrity crush Emma Watson act spoiled and dance sexy, therefore her cheeky tongue dance was one of my favourite moments in film this year (perv alert).

Dwarfs helplessly floating downstream in barrels while fending off Orcs.

I was in the cinema not long ago watching this and this scene was probably the most enjoyable scene of the year. Seeing one of the dwarfs bounce out of the river and roll down hill taking out Orc’s along the way, erupted excitement and laughter within the cinema; which only aided the hilarity of this masterfully crafted scene. It was what I was looking for in such a fantasy driven story and it delivered.

Sam Rockwell and his wisdom.

The Way Way Back was one of those films I knew was going to be good, yet it still surprised me. It’s such a simple film, nothing over the top happens and its simplicity is what makes it an endearing watch. We have relatable characters who we can root for and moments of humor which stops it from getting too serious. I loved the relationship between the kid with the lazy eye and his mother. We’re probably supposed to hate her for the jokes she makes but because it comes from the right place and humor is taken out of it, they’re probably the most lovable characters. Ultimately it’s that relationship that our protagonist is seeking from his mother. But my favourite moment is when Sam Rockwell tells the protagonist “you have to go your own way”, it’s such a simple quote, but something about the performance, the setting, the sun-rise, everything, hit me where it matters. I’ve watched this film twice now and that moment hit me with the same effect both times.

Paul Rudd and Emile Hirsch f*cking shit up on the job.

Prince Avalanche was one of those unexpected gems for me. It’s a beautifully shot film with a couple of hilariously charming leads. What ultimately won me over though, was its score, definitely my favourite score of the year. There’s one scene towards the end which explores catharsis at its most ultimate form. Getting drunk on the job and destroying all the equipment you have with the best background music you could ask for. I could watch that scene hundreds of times. It’s such a great way to bond, I gotta have a go at that.

Bad guy: “You can’t shoot me, you’re a cop”, Gosling: “Not any more…” (BANG). Gangster Squad may be one of my most disappointing films of the year, but it didn’t fail to give you Goosebumps in the dialogue department. Yes it’s cheesy but we can’t say no to badassness. That scene was the epitome of badass, the defining moment of Gosling’s destiny in that film, there on out we are given a number of Gosling at his most intense. I mean that scene where he pours acid on that guy’s crotch, “where is it!!!” We also get to see Emma Stone at her most fabulous but I go on for hours about that. Ultimately my bias towards the cast is what made me like the film’s direction. If those actors weren’t there then maybe I’d think differently, nevertheless it’s fun and extremely entertaining.

You won’t get many films as genuine as this. The Spectacular Now has one of the most realistic portrayals of teen romance I have ever seen; from the room introductions (always awkward) to the first kiss and the aftermath (also awkward). It’s as relatable as it gets and because of that you connect with the characters. This is all down to the brilliant performances of Shailene Woodly and Miles Teller who are just awesome in this film. It’s a film that takes you by surprise and forces you through a number of emotions. It starts off light hearted and fun then hits you hard with emotional substance. Watch it and you will be rewarded.