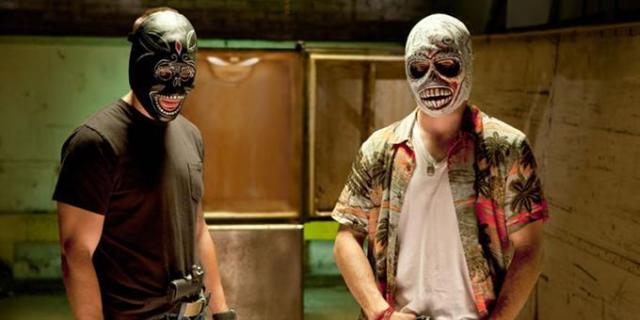 Successful entrepreneurs Ben (Aaron Johnson) and Chon (Taylor Kitsch), use their diverse backgrounds to produce the best marijuana ever made. Ben is level headed and uses his money to give back to the poor, making him the brains and ethics of the business. Chon, an ex Navy SEAL uses his anger and trained skills to make sure people pay for their product. What they have in common is the desire to grow the best marijuana and the love for a girl called Ophelia (Blake Lively). Once they get involved with a massive Mexican Drug Cartel and refuse to work with them, life becomes a lot less laid back and they have to do what they can to save Ophelia.

It may be a harsh score, but I went into the film hoping for something great and instead got something very flat and average. This film has a great cast and all pretty experienced, which is why there aren’t many let downs in that area. Benicio Del Toro gave a pretty scary performance making him the ultimate highlight of the film, as well as the two lead men Taylor Kitsch and Aaron Johnson who play their characters to perfection. The two biggest problems were Blake Lively and Salma Kayek. I felt Blake Lively’s character was too unrelatable and ultimately forgettable, which is why throughout the film, your not really caring much for her. Salma Hayek’s character wasn’t scary, nor was she likeable. For a character who is in charge of quite a successful drug business, you expect them to be a lot more grittier and intense but Hayek’s take on it was very underwhelming and not believable.

There were too many mood and tone changes between Blake Lively and Salma Hayek’s characters to know whether they had a bond or not, and in the end it just felt like a waste of screen time. At times, you also couldn’t tell what Blake Lively was talking about, that scene when she was in her hostage cell is an example, it was like gibberish. The trailer was very misleading, I thought there was going to be some revenge action but there was only one scene that I can remember which contained a little bit, and it wasn’t thrilling, nor were the moments which intended to be. The only time I genuinely felt emotionally connected to the film was when Del Toro was in the picture, the only interesting character there.

It was a pretty good idea for Taylor KItsch to have his own group of men to do any handy work with, so it would have been awesome to see more of that. The story line and plot in the end didn’t really entice me, nor did the characters. A positive would be the style conveyed throughout this film, it’s pretty nice at times, such as the vivid colours and the dopey scenes. Other than that, pretty much a let down and way too long.